As part of our commitment to supporting venues all across the UK, we have a pool of regional and nationwide based film marketers that work on film campaigns.

Their focus is on increasing the profile of titles and their visibility within their area as well as assist with in-venue marketing and event opportunities.

Feel free to connect directly with the freelancers listed below and/or if you would like to discuss opportunities to work with the FAN wide pool of marketers, please get in touch with Timon Singh, Campaigns Manager, Film Hub South West. 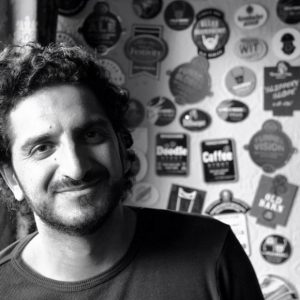 He also runs the Bristol Bad Film Club, a monthly genre film night in the city, and wrote the book Born To Be Bad: Talking to the greatest villains in action cinema. 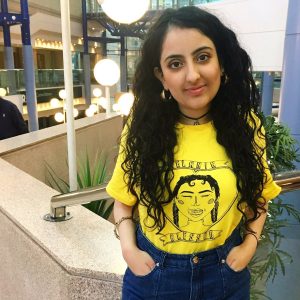 Daljinder works across production, marketing, journalism and curation, in addition to being a writer, to create joyful and thoughtful work that shares nuanced perspectives from voices often underrepresented in the arts and film industry.

She has a particular passion for highlighting the creativity of the Midlands and the North as an independent producer across theatre, film, festivals and audio.

She also works companies across the UK including as Head of Community for young people at Boundless Theatre, the cultural development agency ArtReach, South Asian LGBT+ organisation Gaysians or makes worldwide connections as an Assistant Managing Editor with the literary journal, Asymptote. 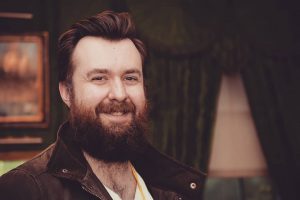 Andrew has been a freelance marketer and social media coordinator for over five years working on projects such as Belfast Film Festival, the first ever Docs Ireland in 2019, Northern Ireland’s Cinema Day for Film Hub NI as well as many festivals including Belfast International Arts Festival, NI Science Festival, Festival of Fools, Hillsborough Festival of Literature & Ideas, Culture Night among others.
Extremely passionate about community based cinema and festivals and the positive impact they have in Northern Ireland in recent and often uncertain times. Has written a children’s book or three. Mostly, in his own words, he just wants to “make Belfast a little nicer to live in.” 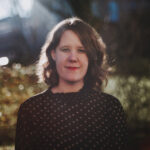 Frida is a Glasgow-based marketer with eight years’ working experience in the film industry. She served as the Marketing Coordinator for Glasgow Film Festival 2022 and previously held the role of Marketing Executive at Park Circus, the world leading distribution company for classic cinema. 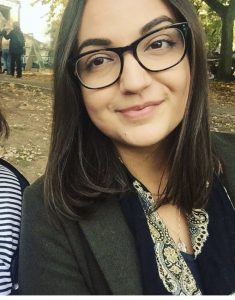 Bridget has worked in independent cinema operations and film programming for over three years. She has passion for art, culture and media which was nurtured during her time studying Multimedia Journalism at London South Bank University. Bridget has a background in social media marketing and has worked on marketing campaigns for a variety of independent businesses; from gyms to dentists and everything in between.

Bridget is driven by creating change and takes pride in bringing film to her local community via the independent cinema she currently manages. She has created a friendly and safe space for all to come together and enjoy a broad programme of films. 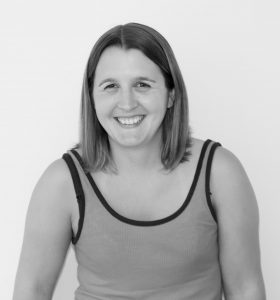 Emma has worked in film marketing for 9 years, working with cinemas across London and the UK to grow audiences for independent films. She manages digital marketing, social media profiles, audience outreach, crowdfunding campaigns, newsletters, live event postings, digital asset creation, awards campaigns, press and paid advertising. She works across individual films, entire film festivals, with cinemas and other film platforms. Examples of her work include running the global social media campaign for Blackfish, the documentary which led SeaWorld to change their practices, and managing marketing, social media & press worldwide for Loving Vincent, the world’s first fully painted feature film, which was nominated for an Oscar, BAFTA and Golden Globe.

Rui is the founder of the Brighton Community Cinematheque which aims to promote cultural diversity and tackle social isolation. Throughout her work in film, she is committed to boosting access and participation of the historically excluded in all parts of the film industry chain.

She also has extensive experience of working in the charity sector; as a fundraising consultant and project lead, delivering nationally funded community engagement projects. 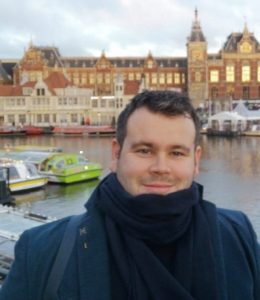 Dion is a freelance film educator and journalist based in North Wales. Beginning his career 10 years ago as a journalist Dion has reviewed films for Movie Marker, S4C and BBC Wales. He has worked on various projects in Wales with schools, youth groups and charities.

Developing film festivals and running short film education courses with and for them. He is currently the coordinator for PICS Fest which is the only Welsh language film festival in the world. The festival is for young people to learn and develop their filmmaking skills along with introducing them to the wider spectrum of cinema.

He has worked as an advisor for various film festivals including Three Films Festival and Wicked Youth International Film Festival. Where he has developed and marketed digital editions of the festivals during the pandemic. In October 2020 Dion will be a guest lecturer at Bangor University focusing on Film Criticism where students will be given an insight to the industry along with providing professional experiences for the students. 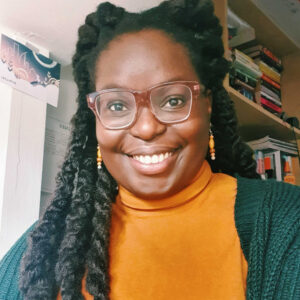 Morayo is a Manchester-based marketing & communications specialist working in theatre and film and is currently Film Hub North’s Communications Officer. She is also a co-founder of the community-led creative agency VAGUE.

BFI Film Audience Network’s support for new releases is led by Film Hub South West managed by Watershed, Bristol. Across our various roles as BFI FAN Film Hub Lead organisation, Watershed is committed to maintaining positive relationships with the people and communities we work with whether they are grant recipients, partners, freelance practitioners, external stakeholders or others. We welcome feedback, positive and/or negative on your experience of working with us. When we are not as good as we should be, we want to know about it so that we can put things right. Most of the time, concerns can be dealt with through informal discussions with the people involved directly.

This is the approach that we encourage as a first step because, in most cases, matters can then be resolved quickly and straightforwardly. However, if this is not appropriate for any reason, we have a structured process for handling complaints.